Please note: This is a reprint of a post by the author on another blog

On Christmas Eve, 1998, my father spoke to me the best words that anyone could say.

Let's back up for a moment. Daddy had been a stern man. He was a minister. Even though he took his faith seriously, he did not really know how to express love and tenderness. I perceived him as a harsh, rigid, distant and critical parent. It took me many years to get over my resentments about that, but I did.

Back to Christmas Eve. Daddy and I were on the phone, making plans for the next day, Christmas, when I was going to make a trip to the senior community where he and my mother lived. They had been divorced for many years, but curiously, in their old age, they’d both moved across the country to live in the same retirement community. Each had a separate apartment. I doubt if they were romantic, but they did enjoy one another’s companionship.

“What time would you like me to come?” I asked my father.

And here is where he spoke the Best Words that anyone could say to another human being.

“I want you to come early and stay late,” he said.

I was blown away. Think about how incredible those words are! A person has to like you a lot to say that. With my father, I'd never been sure about being liked.

Christmas Day was wonderful. Mother, usually a very dominant and chatty person, faded into the background, and allowed it to be a time of sharing between my father and me. We talked and talked.

"Unless you're the lead dog on the sled team, the view is pretty much the same," he remarked wryly at one point in our day. For all his sternness, you see, Daddy possessed a wonderful dry humor.

In his apartment was a fabulous and expensive crèche made of paper mache. 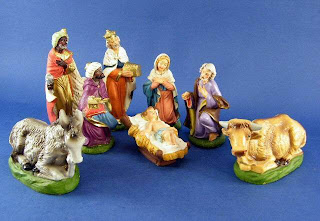 Among the elegant figures, however, he had planted a silly-looking, out-of-place plastic lamb. It was supremely ugly.

“That?" he grinned with a twinkle in his eye. "Oh, that’s the black sheep.”

Later that Christmas afternoon, we took a walk. My father had always been a cynic; for him, the glass was not just half empty, but would doubtless soon be dropped and broken. Thus, on our walk I asked, “Daddy, what’s it been like to be a pessimist all these years?”

“Wonderful,” he replied with a glowing smile. “Everything has always turned out to be much better than I ever expected!”

As night fell during our visit that Christmas, an ambulance pulled up to the health care center next door to his apartment. My father's energy faded visibly at the sound. I thought it might be because of a recent experience of his. He'd needed to go to the emergency room for a bowel obstruction, which turned out to be the after-effect of a minor surgery he’d had a number weeks ago.

Daddy described what that visit had been like, and it wasn't pleasant.

“They shoved a tube down my throat to look at my stomach,” he said. I noticed that he began clenching his fist so hard that the knuckles lost their color.

He continued.“It was the single most painful thing I have ever felt in my life. I would rather die than have that done to me again,” he said. Vehemently.

These words came from a man who was so stoic that he once ate a whole chicken dinner when he had the stomach flu just to set an example for his children; his belief was that no matter what, you don’t cave in to illness. A nurse later confirmed that the particular procedure he described was possibly the most painful thing that could be done in an emergency room without anesthetic in those days. Certainly that was the case for my father.

I am a hypnotherapist, and know that not only can we alleviate pain easily; in some cases we can even create complete anesthesia.

“Daddy,” I said, “if that situation should ever happen to you again, call me right away before they stick the tube in you. Either I’ll drive out, or I’ll get the best hypnotist in the area to the hospital, and you won't have to undergo that kind of pain…”

But he did not listen to what I said. Even though I have an international reputation as a hypnosis teacher and writer, to him I was just a child who didn’t understand.

He repeated his words: “I would rather die than have that done to me again.” The statement turned out to be prophetic.

That night, when I said goodbye, I spontaneously hugged and kissed my father. While it might not sound like a big deal to most people, it was to me. My relationship with him had always had a cool distance to it, and our family simply did not touch. The hug and the kiss sprang from my heart, though, and not from my mind.

And as I hugged him, tears began spilling from his eyes. It was a sweet, quiet, and yet monumental moment of love and healing. We both felt it. Daddy's tears melted away the remnants of any of the difficulties we’d ever had.

“I love you,” he said, his voice choking softly.

I left, and still remember how he stood at the top of the stairs and watched until I was out of the door.

And that is the last time I ever saw my father conscious. Less than a week later, I received a phone call. He had been taken by ambulance to a large city hospital where he had been put on machines to keep him alive.

It turned out that once again my father had experienced the symptoms of a bowel obstruction. Rather than go to the emergency room and have that tube shoved down his throat again, however, he told no one. For four days he stayed alone in his apartment, vomiting, as his bowels began to perforate and his organs started to shut down. The medical staff couldn’t understand why he didn't call for help, but I knew. When they finally got him to the emergency room, he was the sickest man in the entire hospital.

And what was the first thing they did? Shove a tube down his throat.

His words echoed in my mind: “I would rather die than have that done to me again.”

And so he did.


For four days I stayed at his side as he lay there in an induced coma. Finally, it was time to pull the plug on the machines keeping him alive, and it was up to me to make the decision.

I still remember the nightmarish sensation of walking down the hall of that hospital, knowing that I had been handed the power to choose the day and hour when my own father would die. It was the most anguishing experience of my life, no matter how necessary or right. I was pronouncing a death sentence on my own father.

After they turned the machines off, the monitor that beeped in conjunction with his heartbeat gradually began to slow down. Finally, there was silence. His heart had stopped. I fell across his chest and cried, “Oh, Daddy!” As I did that, to my astonishment his heart actually began to beat again: thump thump thump. What a testimony to the power of love! And what a wrenching moment! It couldn't keep on, however; his heart soon stopped beating for good. 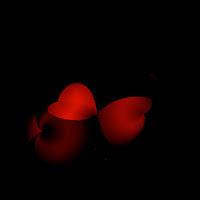 Some of those who have had near-death experiences claim that after the body dies, we go through a life review where our soul sees and feels each reverberation and consequence of everything we have ever done to anyone in our life, good or bad. My prayer was that my father not see or know that anything he'd said or done had ever harmed me in the least way. Forgiveness is a grace, and that grace healed all the negativity that had ever occurred between us.

I still keep the ugly little plastic lamb from the Nativity scene at my desk. 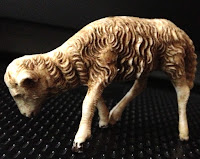 And I will always remember the Best Words in the World:
“I want you to come early, and stay late.”

*****
(c) M. E. Raines, all rights reserved. Please do not reproduce in part or in whole in any form. Feel free to share links to this true story.
Go to Amazon to read about UNA, a novel by Mary Elizabeth Raines
Posted by Mary Elizabeth (Leach) Raines at 27 December No comments: