Want to change from feeling like a victim to feeling empowered? Want to stop a treacherous habit like smoking or drinking? Want to get over the poison of jealousy? Want to forgive someone who has cruelly wronged you? Want to evolve?

Then get ready to "do your pain." And a word of warning: the hardest task in the world is doing your pain!

The opportunities to change our patterns and knee-jerk responses never seem to arrive when we are feeling strong and enlightened. Instead, they pop up at the most difficult and unfair moments--times when we are exhausted and beaten down by life. 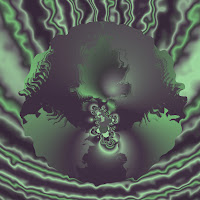 Take jealousy as an example. Here's the way it goes: we find ourselves full of jealousy and have the sudden realization that we no longer want to be jealous. We want to make a better, more tolerant choice, one that serves both us and the Universe.

Wow, does it ever take effort to choose not to be jealous! It is incredibly unappealing. In fact, it can be frightening. Wallowing in the old misery is so much more familiar and strangely comforting. And news alert: learning a new way of responding to the situation that caused jealousy will be painful. This is where "doing your pain" comes in.

If you think about it, most of the damage that we do to one another and to ourselves stems from our aversion to doing our pain. We squirm and wiggle and rationalize and try every escape possible so as not to have to be in pain.

A drug addict would rather rob an old man than do the pain involved in becoming clean and sober. People die prematurely every day who could not do the pain of stopping smoking or overeating. Others spend their days in monotony and live without color because they will not "do the pain" of stepping through their fear and entering a new, more vibrant way of being--for any change we choose to make has some pain attached to the decision. And back to jealousy: murders have been committed by people who would rather end someone's life than do the pain that accompanies getting over jealousy.

Not only does doing your pain hurt; there's even more bad news! Once we have decided to making a positive change, even after we have taken the huge step of willingness and done our very best to reverse old patterns, chances are that for a while, it won't even feel as though it has worked! As we turn our hearts toward the positive and away from the old negativity, whatever that may be, it will initially seem as though we are receiving no reward whatsoever. Instead, we seemingly get more misery. Here's why we are not going to feel all the positive effects of our new choices for a while. 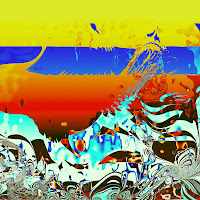 It takes time for this new way of responding to situations to register emotionally. It also takes time for our spirits and bodies to adjust to it. Part of this period of adjustment may be so that our souls can make sure that this is what we really want. During that time, it often feels as though we are still in the vibration of the old. Thus, the drug addict and the chain smoker will feel withdrawal and cravings. The jealous person will still have tinges of jealousy and rejection.

Changing is like practicing the piano. You don’t learn to play a Bach fugue in the first lesson. No, instead you learn “Jingle Bells,” it will take immense effort, and you will probably play it badly!

For those are ready to make a big change in their patterns and responses to life, here's how to go about it: persist, ask for spiritual help, and hold yourself in willingness. Imagine, feel, envision and hear that old pattern being handed over to the Divine, who is  raising it to the highest possible vibration.

Trust that with your willingness, the new will eventually replace the old, and it may happen sooner than you think if you are faithful to your new way of being. It may be the hardest thing you have ever done in your life, but provided you are willing to do your pain, you will eventually come out the other side and finally become the person you have always been meant to be! 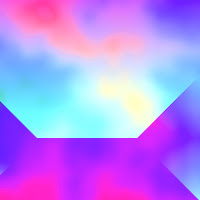 Posted by Mary Elizabeth (Leach) Raines at 10 November No comments: